The air was so cold, it was hard for her to breathe. Who was she kidding? It could have been a balmy, sunny day, and she still would have felt the clogging tightness of her throat, air barely able to get through to her lungs…

Delaney Adams isn’t hiding from her past. She doesn’t have a past, at least as far as anyone currently in her life knows. She has a great job, a small but supportive group of friends, and absolutely no romantic life at all. Her life is just the way she wants it. When she meets artist James McDaniels, she is caught between her attraction to him, her distrust of men, and the fear that he will reject her if he ever learns who she really is. But her past secretly stalks Delaney, and eventually it catches up to her. When it all explodes into her current life, will she have the strength to fight for what she has.

Later, Delaney awoke covered in cold sweat, her heart pounding. Would the nightmares never stop? Lately, they had been less frequent but still happened fairly often. How long would she have to relive that night? Were dreams of that hell the only way she could see Jake and her mother in her mind? In the light of day, she could barely remember what they looked like, but at night, the images were so vivid…

For your chance to win a signed copy of Tomorrow and Yesterday PLUS a $20 Amazon Gift Card, click the link below!
a Rafflecopter giveaway 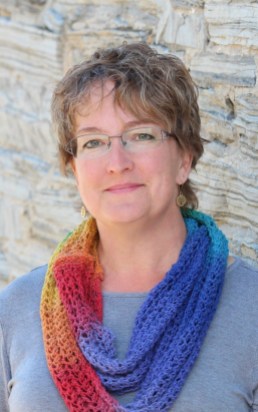 My name is Kris Francoeur, and I am an author, educator, speaker, wife, mom, grandmother, and farmer living in Vermont. I love to spend time with my family, travel, hike, kayak, knit, spin (fiber), garden, cook, and love time with my bees, alpacas and chickens.

Currently, I have published three romance novels with Solstice Publishing, and have one that will be released by Willow River Press in January 2020. My first three romances are written under the pen name of Anna Belle Rose, and they can be purchased in paperback format through my Book Store page on this website, or in e-book or paperback on Amazon.