Lessons in Chemistry by Bonnie Garmus

Digital Reads Reviews is a blog-haven for book posts and reviews. This is a review of a literary fiction, Lessons in Chemistry. 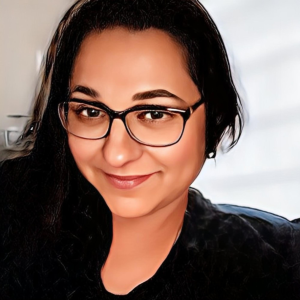 As an Amazon Affiliate, I earn from qualifying purchases made through this link at no extra cost to you at the Kindle and Audible store.

Chemist Elizabeth Zott is not your average woman.

In fact, Elizabeth Zott would be the first to point out that there is no such thing as an average woman.

But it’s the early 1960s and her all-male team at Hastings Research Institute takes a very unscientific view of equality.

Except for one: Calvin Evans; the lonely, brilliant, Nobel–prize nominated grudge-holder who falls in love with—of all things—her mind.

Which is why a few years later Elizabeth Zott finds herself not only a single mother, but the reluctant star of America’s most beloved cooking show Supper at Six.

But as her following grows, not everyone is happy.

Because as it turns out, Elizabeth Zott isn’t just teaching women to cook.

She’s daring them to change the status quo.

What was it all about

Lessons in Chemisty – a book of mixed genres.

How do I begin to review this book which was both a rom-com of sorts and literary fiction set in the 1960s when women had practically no rights at the workplace and were considered to be glorified secretary even when they were scientists.

The author Bonnie Garmus well-researched book brought out the different facets of the main character while maintaining the crisp, humorously dry prose throughout the book.

A woman scientist who found her soul mate in a fellow scientist, the only one whose mind was open to realize brains were not the sole property of men. They had a live-in relationship, scandalous in those times, with normal skirmishes when a catastrophe occurred.

Elizabeth was at tether’s end when help arrived along with a cooking show Supper at Six, combining science and the art of cooking.

This was completely an Elizabeth Zott book where she took me through the hills and valleys of her life journey.

She taught everyone the science of life.

A brilliant book where every character was etched with a loving hand. I especially fell in love with Elizabeth’s daughter Mad Zott and was completely enamored by her.

But let’s first get to the mother.

Elizabeth Zott was one such terrific scientist, who had to battle all kinds of atrocities and abuse from UCLA to Hastings’ Institute, where her rights to her discoveries, to science, were always stolen. I felt the author had shown how difficult life was for a woman at the workplace in those perfectly. In fact, some of them resonated with me as such abuse was still present in many countries across the world even now.

When she first met Calvin, he too like every misogynist man, thought her to be a secretary, and the second time, he vomited on her. And being the scientist that she was, she was completely matter of fact about it, even when I was going ewwww. But they soon recognized the other for what they were – soulmates. I loved a book that had science and love admixed, making it the perfect chemistry. Their relationship started slow but was like the covalent bond where there was mutual sharing of ideas and ideologies.

Their science clicked. It was perfect, even when it felt to be imperfect. Somethings about humans, I supposed, even science couldn’t explain. And he was the only one who respected her brain and the strength of her knowledge in science, knowing that she was the only who could surpass him. And to boot, he taught her to row, but actually her precise knowledge of physics taught her to row. Soon Elizabeth found herself with her first follower, not Calvin, but a dog named Six-thirty. Oh, there is a story behind that. You have to read it to know it.

Then came a tragedy and many tragedies and Elizabeth found herself pregnant and out of job. Science was her only passion, and she was lost without it. So she transformed her kitchen into a chemistry lab, her dog into her assistant, and her child was brought into this world when she was mad in fury. Hence MAD Zott came to be, soon called Madeleine Zott, who learned chemistry right at her mother’s breast.

But life’s twists did not end there. It was when Mad was in school that a television show Supper at Six had Elizabeth at the helm with its many turbulences. But each scene was so interesting when she dealt with it with her own brand of humor.

You might think I had told you the entire story, but this was just the outline. What lay between the pages were scenes of her life as they unfurled with their challenges and Elizabeth’s own brand of stubbornness.

The subplots dealt with her emotions in her relationship and motherhood. But what bowled me over was the way she spoke to her daughter.

A perfect balance was maintained, where the author did not go overboard with the bra-burning themes and kept it subtle but emphatic. Triggers in Elizabeth’s life and the honest truths shared by her, embedded by her scientific ways, fitted well to the story and made it far stronger.

This was Elizabeth’s life story, and it would resonate with every woman in every facet of life and at all ages. Humor was subtle in all the places, but the best part was all the lines by the characters were uttered with a straight face, in a matter-of-fact tone. That made it funnier.

How it made me feel - The Good

A debut was this book, but no way did it read like one, where every scene had its own powerful imagery enmeshed with evocative emotions.

I tell ya I loved every scene where daughter Madeleine was present. For me, she brought something special to the story, who was both a child and a mature girl at the same times. The shades of emotions emanating from her made me a firm fan of Mad Zott.

I loved Elizabeth and her loved ones and hated most of the men in the book who thought women were fluff. You might be wondering if they got their comeuppance. Read the book to know that. Believe me, you will love it.

I found myself reacting every time she faced an injustice or had to go through the downs of her life.

A couple of places for a few pages, I felt my attention drifting away from the book. That made my love for the book waver where I wanted something more to happen in the book.

The atmosphere of the 1960s was not instilled. I had to be told it was those times, but never got the feel of it from the scenes.

There were a few times when Elizabeth, who wanted people to accept her for her atheism, would not accept that religion and faith were important to many.

Her looks were spoken about by almost everyone, which after a point of time, got boring. Even her quirkiness lost its charm after some time.

In life, change was not possible in an instant, yet Elizabeth expected people to change when she herself was not very adaptable to change.

But those things didn’t detract me from enjoying most of the book. They were like hiccups which affected me while reading those pages, but I could look beyond that.

I loved Elizabeth’s dedication to chemistry. There were good life lessons in them too.

Mad Zott stole my heart. Six-thirty was too cute, and far more intelligent than humans.

The writing with its dry wit was appealing. Pace was slightly slow with some off-beat scenes.

The setting was of 1960s where life was slower with not much of technology as of today. But science was the only constant, going stronger by the day.

Overall, the story was quite entertaining.

Do I recommend this book?

Oh yes. I recommend Lessons in Chemistry, which was all about life. This was a damn good read in most parts.

With a careful admixture of different genre, it would cleverly appeal to anyone who is a bibliophile, even to YA fantasy readers.

I got the paperback version of the book from an online retail, and this is my journey down its pages, straight from the heart. STRICTLY HONEST and UNBIASED.

If you’ve loved the review, buy me a cuppa to perk me up.

Check out my other posts here

Book Review – The Off Limits Rule by Sarah Adams

Book Review – The Woman in the Window by A. J. Finn

Have you read this? Do you have it in your TBR? Let's chat Cancel reply

Want a site to buy new books In perfect condition in India?

Genuine herbal products, oils and soaps, get it from

I have tried their products since the past 7 years, and I completely recommend them.